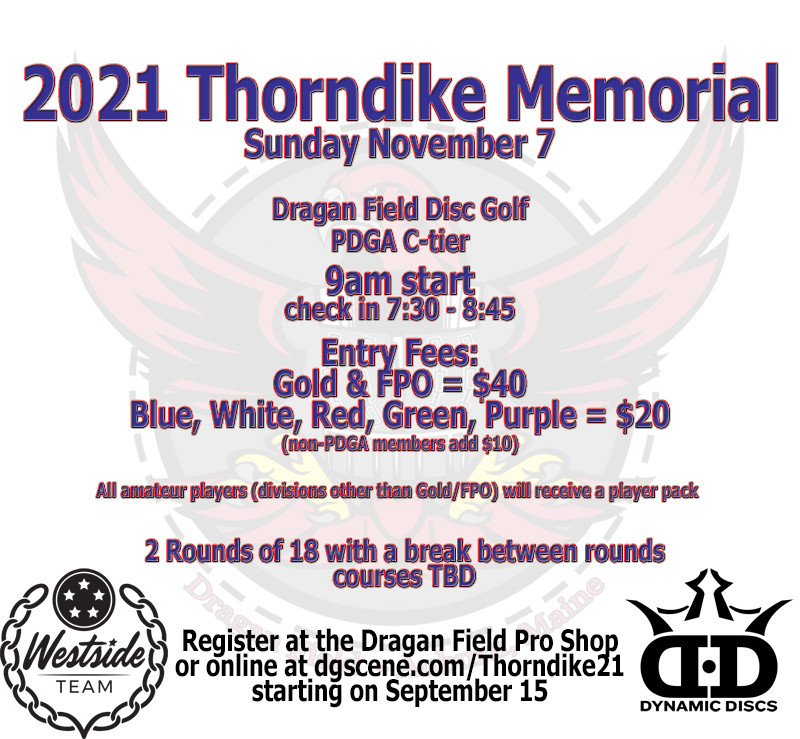 If you do not have a rating, the list below shows an estimation of your division based on what your average score is on Red Dragon.  To be clear, this is not an expectation of the scores for the tournament, but where a player who averages a given score would fit.

Traditionally held on the first Sunday in November each year.  Two round singles tournament, PDGA sanctioned since 2011. Often run as a charity event that has benefited the Boy Scouts, disc golf in area schools, and the Maine Children’s Cancer Program at Maine Med.

Buy tickets in the pro shop or on the registration page 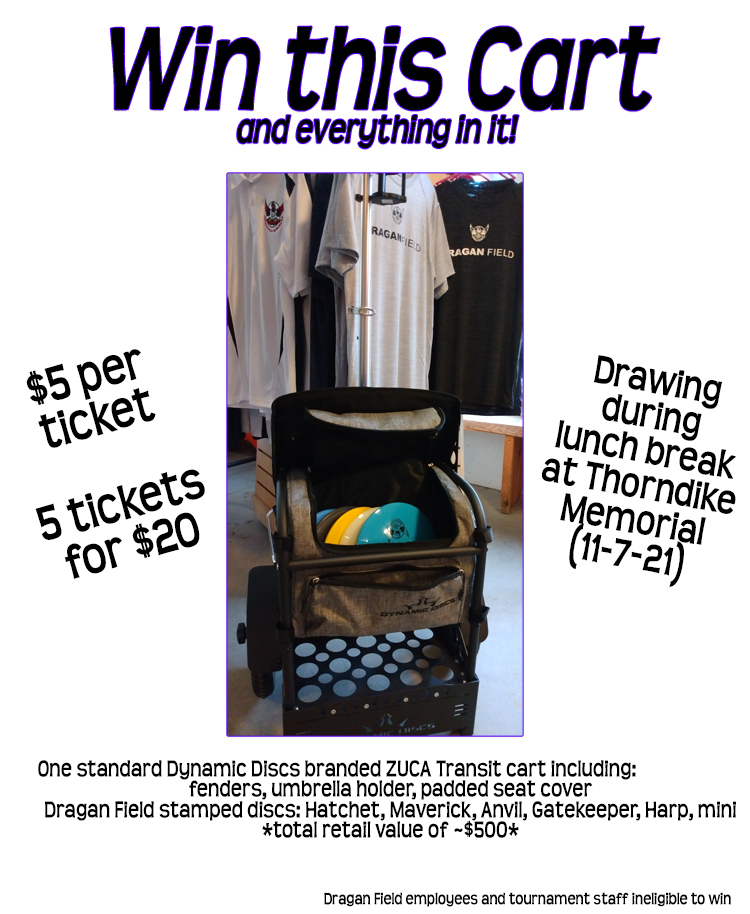 2008 – Back to Dragan Field where it belongs

2003 – Results lost to the wind.  Amateur only event with three divisions: Am, Geezer (over 40) and Junior.

COURSE IS OPEN SUNRISE TO SUNSET EVERY DAY

Dogs/pets are NOT allowed at Dragan Field

ONE PRICE TO PLAY