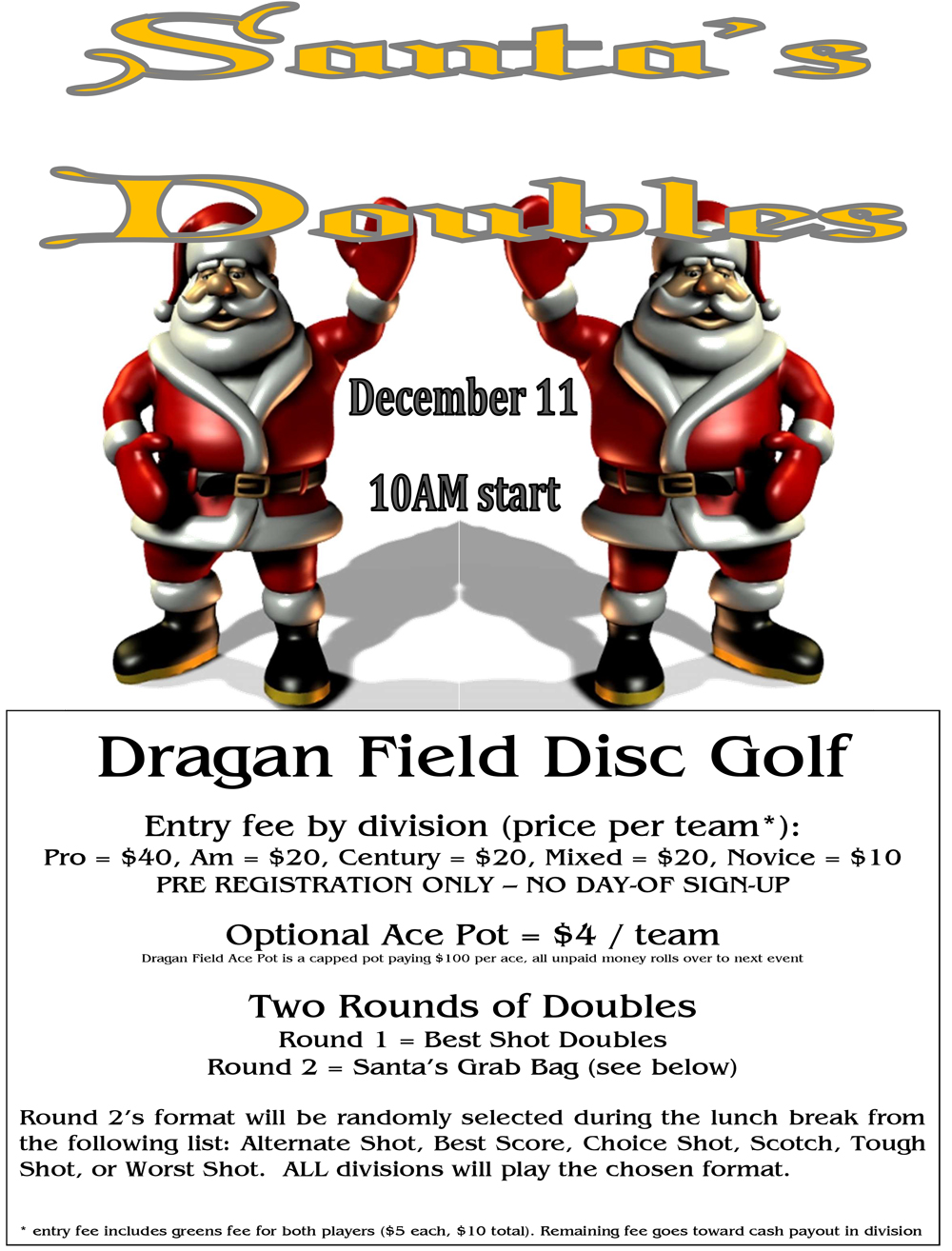 Explanation of format options for round 2: Santa’s Grab Bag

Santa’s Doubles is a Christmas themed tournament that dates back in various formats to 2004.  A Christmas gift exchange is traditionally part of the festivities.  The current format involves one round of best shot doubles and a second round called “Santa’s Grab Bag” in which the doubles format played by all divisions in round 2 is randomly selected during the lunch break.

2018 – Format changed to one round of best shot doubles and one round of “Santa’s Grab Bag”…a randomly chosen format.

2011 – Back to Dragan Field where it belongs

2004 – Two-person teams playing one round of singles and one round of doubles and combining all three scores.

COURSE IS OPEN SUNRISE TO SUNSET EVERY DAY

Dogs/pets are NOT allowed at Dragan Field

ONE PRICE TO PLAY

Disc Golf year round. $8 all day play. Courses open even if shop is not. Pay fee at honor box.

Missed Black Friday? We're keeping the deals rolling on our e-store for Cyber Monday. $50 off on Season Passes with promo code (see graphic). 20% off e-gift cards. It all starts Monday and will continue for a couple weeks.draganfield.square.site ... See MoreSee Less

Today's the day!Doors open in one hour. ... See MoreSee Less